BACK TO HOME > Photography > Velvia film 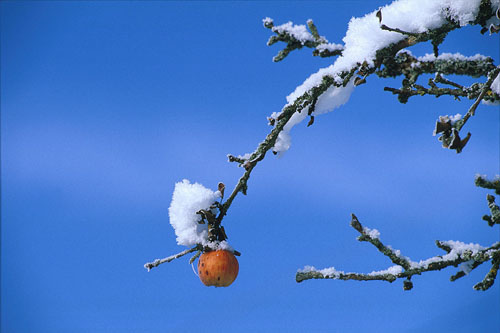 Velvia is a great film. I’ve just recently started to use it, though I am already quite impressed. You don’t use Velvia handheld too often (it’s an ISO 50 film) – I used my lightweight Bilora tripod or the Manfrotto Carbon #1 (441) for most of the pictures on this page.

There are most definitely not only pro’s, but also some con’s with this slide film. Meanwhile, I have probably shot some 30 rolls of Velvia, ok, that’s not much, but I slowly start to get a grip on it. Maybe what I have learnt so far might be interesting for others to hear about as well.

As always, if you have any comments on this page, please us the comment possibility at the bottom of this page or send me an e-mail.

There are a couple of negative things about this film

1. The price tag. You pay some DM 16,- per roll (approx 9 USD or 8 EUR) here in Germany. This might not be an obstacle for the professional or for amateurs with a good income 🙂 Compared to the consumer grade Fujichrome Sensia II (100 or 200 ISO), this is the double amount.

2. Poor light. It’s useless in poor light or for motives with lots of shades. This is not typically a Velvia phenomenon, but rather a problem with all slide film. At ISO 50 you don’t have any reserves in poor light, no matter if you’re using 1.4 aperture or not.

3. Skin tones are sort of crappy. Don’t use it for shooting portraits (you’re probably not thinking of portraits anyway when you’re into Velvia).

4. UV. It’s a heck of a UV sensitive film. I made the mistake of shooting some Velvia without UV filter having my Nikkor AF 20mm/2.8D attached to the F5. Most of the pictures turned out to be no-nos.

Note on statement (4): As several readers have commented, this may very well not be a Velvia problem, but rather something else. I have only have had problems with the following combination:
Velvia inside using the 20mm Nikkor and that in strong sunlight without UV filter. I am still not sure what this is all about, since any other combination seems to work ok, e.g. using the same lens and Velvia on Ilford Delta 100. I will most definitely investigate this further and post my results on this page. The problem itself is that the film looks similar to an overexposed one, details are partly washed out and colors are not ok.

5. It screws up the AF of the LS-30 Nikon Coolscan every now and then (!). This is really an interesting phenomenon. I’m not sure if I should really blame the Velvia for this, but it seems like the AF of the Coolscan goes weird every once in a while when there’s Velvia inside. Framed or not, it doesn’t matter, sometimes I must manually adjust the focus of the scanner as much as some 30% when I use Velvia. This does not happen with the other film I am using, such as Sensia II, Superia, Ilford XP2 or Ilford Delta 100. I have thought about if this may have to do with the number of layers (19 in all) of the Velvia.

The positive things about Velvia

1. Grainless. At 2700 dpi scans it’s still marvelous and no grains to be seen.

2. Color. The color is vivid without being unreal. Ok, a whole bunch of people have been complaining about “Micky Mouse colors” using it, i.e. unreal colors, but I don’t think the colors are unreal, just very vivid.

3. Shining surfaces. All motives I have taken where there’s a shiny surface, such as equipment, gold or silver, have turned out very well. To get a feel of this, check out the altar picture at the top of this page.

This is page has not been updated since published. It is kept here for historical reasons.